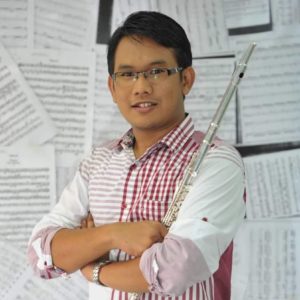 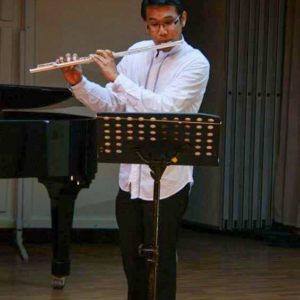 Zulhairi Abdul Jalil is a graduate of the Bachelor of Music (Hons) Degree from the Faculty of Music, UiTM Shah Alam. Majoring in Flute performance studies under Mrs. Siti Hajar and Mr. Foo Chie Haur. His interest in music has led him to several Malaysian orchestras during his studies such as the UiTM Orchestra, University of Malaya Orchestra, and the Youth Symphony Orchestra, Istana Budaya. He has also been involved in several professional orchestra groups such as the National Symphony Orchestra and the RTM Orchestra, Malaysia. His involvement in traditional music has provided him with opportunities in overseas performances such as performances in Beijing, China, cultural exchange programs in Cambridge, UK and Thailand.

He is currently work as Sales Executive in the biggest retails and musical instruments distributors company in Malaysia, Bentley Music Sdn. Bhd. He is specializing in the Orchestral Strings, Winds and Brass department. Mostly attach with institutional music needs such as for the school band orchestra or university musical instrument supplier.  He also a freelancer musician and conduct a private lesson of Flute instrumental teaching.